VISII is operated by the Epiphyte Educational Society. The society was founded in 2020 by a group of parents and professional educators who believe in inquiry learning and whose children have benefited from inquiry learning. Directors are elected at the Annual General Meeting in October of each year.

Profiles of Board Members

Adam van der Linde CD, currently an Associate at Roper Greyell law firm, taught English, French, Latin, and Social Studies at elite high schools in Nova Scotia and British Columbia. A member of the Canadian military since 2005, Adam has provided legal advice to Canadian Armed Forces in New Brunswick, Nova Scotia, Quebec, and B.C.  He has also served as an advisor to Canadian Task Forces serving in the Mediterranean Sea and Indian Ocean, providing counsel on complex international issues. A native of Fredericton, New Brunswick, Adam is fluent in English and French and has managed the review and prosecution of cases in both languages.  In addition to liaising with government departments on behalf of the military, he has advised the Canadian Armed Forces on risk management, workplace investigations and workplace discipline, including both military employment and civilian union employment issues. Currently pursuing a Masters of Law in Dispute Resolution through York University’s Osgoode Hall, Adam also holds Bachelor degrees in Law, Education, and Classical Studies from the University of New Brunswick. 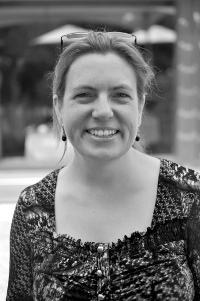 Janelle Jenstad has been teaching in the Department of English at the University of Victoria since 2003.  She took an Honours English degree at UVic (with a minor in French and a lot of Chemistry courses), and an MA and PhD in Renaissance Drama at Queen’s University.  Before returning to UVic, she taught at the Stratford Festival and the University of Windsor. She specializes in working with student research teams to create open-access websites such as The Map of Early Modern London, Digital Renaissance Editions, and Linked Early Modern Drama Online. She is also the mother of two school-aged children, a certified MBTI practitioner, a keen gardener, a keeper of a small chicken flock, a meadowmaker in the Garry Oak ecosystem, a motorcycle rider, and a singer.

David Wrate is the Director of Digital Policy for the Ministry of Citizens’ Services, Province of British Columbia. His varied career has taken him from telecommunications to utilities infrastructure. He spearheaded the open data movement in BC and has extensive experience in public engagement and digital privacy and security. He has a Masters in Business Administration from Royal Roads University. A lifelong learner, he is a semi-professional photographer, amateur machinist and woodworker, avid motorcyclist, keen cyclist, and aspiring bass player.

Carolyn Hissen has always been most at home outside of the home.  She paid her way through university being a tree planter, working her way up to the role of foreman.  Having graduated from the University of Calgary with a degree in archaeology, she worked for several years in the field, first as a volunteer coordinator at Fort Calgary and then working for a Calgary based consulting firm, assisting in archaeological impact assessment throughout western Canada.  It was not a lifestyle compatible with raising a young family, so Carolyn opted to be a stay-at-home mom to her daughter and two sons.  During this time, she has volunteered at her children’s schools but most significantly as the volunteer library coordinator at her youngest son’s school.  She also discovered beekeeping at this time and currently is the second vice president of the Capital Region Beekeepers Association. She teaches and mentors new beekeepers, and maintains hives all over southern Vancouver Island, including the hives at Government House. Read more about her volunteer work here: https://ltgov.bc.ca/blog/democracy/you-might-bee-perfect-for-volunteering-carolyn-hissen-volunteer-beekeeper-at-government-house/.

Deborah van der Linde is a Public Services Librarian with the Greater Victoria Public Library. She has a BA in Classical Studies from the University of New Brunswick, an MLIS from Western University, and an MEd in Children’s Literature from Penn State World Campus. She is currently working on her Doctorate in Education through the University of Glasgow. She has been an art teacher, a children’s librarian, and a writer (with Canadian Military Family Magazine).

Amanda Malone is the co-founder and Chief Scientific Officer of Eupraxia Pharmaceuticals. Dr. Malone has worked on the development of drug delivery systems for nearly 15 years. She has authored 15 publications related to bone function and polymer-based drug delivery, as well as authoring five distinct patent families with patents granted in the US, EU and Oceania. She has been a Principal Investigator on studies awarded more than US$11 million in grant funding from both the US and Canadian governments and was a National Science Foundation Fellow. While at Eupraxia, she has guided the scientific programs through development and into the clinic. Prior to joining Eupraxia, Dr. Malone was the VP and COO of a drug-delivery focused biotech company, Auritec Pharmaceuticals. She graduated with High Honors from Harvey Mudd College in Claremont, California with a degree in Engineering, received her master’s degree in Mechanical Engineering from Stanford University and was the inaugural PhD student in Stanford’s Bioengineering Department, where she received a BioX Fellowship.  She is currently on the University of Victoria Bioengineering External Advisory Board.